The Flower of Life

THE FLOWER OF LIFE

Our understanding of The Ancient Ones, The Lord’s Prayer and The Sun Cross Codex carved into stone in the Temple of the Sun in Palenque Mexico, grew rapidly after our visit there back in 1989. Over the years our discoveries have come in fascinating ways. One we have spoke of before is through the ancient Egyptian science of “Sacred Geometry“and The Flower of Life. 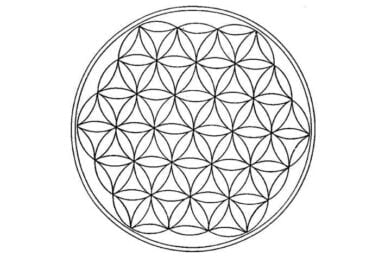 Have you ever wondered how Jesus, spent his formative years? What do you think his life was like in those unrecorded years, between the ages of twelve and thirty? After discovering Sacred Geometry, we were convinced that he must have studied in Egypt during that period of his life. Let me explain why.

Barbara and I learned how this one amazing design, called “The Flower of Life”, contains the foundational creative patterns of everything, including our own DNA and the spiritual symbols of our world religions. What? Yep its true.

As we observed this phenomena, the only explanation we could think of was that our world’s faiths had all come from one source; but how is that possible? Did we forget the source or has it been it hidden from us? I couldn’t say but seeing these symbols in one extraordinary design always touches me deeply. Here are just a few. 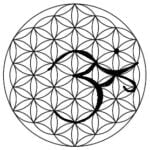 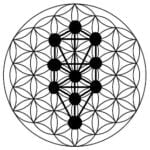 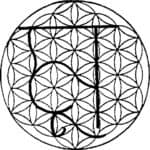 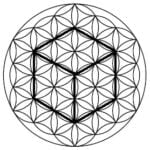 The Cube within the Flower 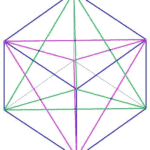 The eight-pointed star-tetrahedron is revealed by connecting the eight corners of a cube differently.  The star (a symbol of light) within a cube (symbol of the physical world) defines our human experience and our purpose to physically embody God’s light.

We now believe this is the true purpose of both The Lord’s Prayer and what we have learned from the Mayan Sun Cross Codex we have extensively studied.

A STAR OF DAVID IN THE PRAYER 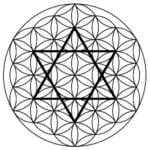 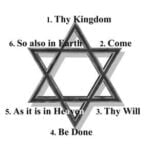 This difference seemed insignificant until I saw, in Luke, a rhythmic breathing pattern flowing in and out, in and out, in and out. For example, “Thy Kingdom is an inner reality, come is an outer reality, thy will (inner) be done (outer), as in heaven (inner) so also in earth” (outer). Then I realized this pattern creates a six-pointed, the Hebrew “Star of David”. This star is also in The Flower of Life and in the center of our “game board” design. In other words this star expresses God’s will, “Let there be light”, and again this is what the prayer Jesus taught is all about.

ANOTHER STAR IN THE PRAYER

Seeing the Star of David in The Lord’s Prayer inspired us to look further and what we saw next was amazing. I noticed how the prayer is divided into three distinct sections. There are three attunements above the heart [chakras 1-3] 1. (Our Father) 2. (Who art in heaven) 3. (Hallowed be thy name) therefore these are all about the heavenly reality of “Our Father”.

The heart [chakra 4] (Thy Kingdom, come, Thy will, be done, as in heaven so also in earth) the center of the prayer is about the Holy Spirit who is the Light and the intermediary between God and Us.

Below the heart are [chakras 5-7] 5. (Give us our daily bread) 6. (And forgive us) 7. (And lead us not into temptation). These are all ways of owning our earthly experience as God’s children. Here Jesus portrays the divine relationship called “The Holy Trinity”.

By connecting the upper three attunements and the lower three to the star-center, within the heart of this prayer, we produce two tetrahedrons. Thus a tetrahedron is a three sided pyramid and it is the simplest 3D form. One point is a point. Two points create a line. Three points are a triangle and all of these are flat (2D) images (having two sides, or dimensions), but a tetrahedron (4 points) has form and mass.

These two tetrahedrons in the prayer define how the reality of God (The Father) and God, (The Son) (ourselves) are united as we open our hearts to God’s will, “Let there be light”. “Our eye is made single and our whole body is filled with light” when our will and God’s will agree. As a result we see perfect balance creating unity in the form of an eight-pointed “star-tetrahedron” . 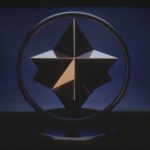 If you have found this of interest we invite you to Like and Share this with your Friends.

The Pain in our lives is about one thing; missed opportunities to 'See Ourselves Loving'.

We encourage you to use every challenge as an opportunity to 'See Yourself Loving".