Live the Promise in The Lord’s Prayer

The Promise in The Lord’s Prayer

You probably already know the prayer Jesus taught, The Lord’s Prayer, but did you know it contains an ancient mystical formula for awakening the promise of the eternal magical child within each of us? In 1982, a series of challenging events helped my wife Barbara and I remember the promise that this prayer aroused in both of us when we were children. 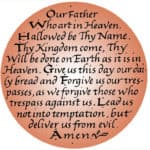 Jesus expressed it in many ways: “Ask and you shall receive,” “Seek first the kingdom of God and all these things shall be added unto you,” and “Ye are gods.” The meaning of the word prayer is “to ask,” but Jesus prefaces his prayer by telling us that Our Father already knows what we need. So what are we to pray or ask for?  In my book, Live the Promise, I share the story of how we discovered the purpose of prayer is not to ask for anything, but to enter into an ultimate childlike state of asking. Mother Teresa described it like this: “Prayer enlarges the heart until it is capable of containing God’s gift of Himself.”

The Promise of the Ultimate Gift

As we pray this way, we come face to face with the promise of the ultimate gift of God Himself. This is something like the experience of looking into the eyes of a newborn child. In the presence of such promise our hearts and minds open, and our conflicts cease. Our illusions dissolve, and the truth of unity is exquisitely apparent. The experience of being fully present has been described in every spiritual tradition with names such as Nirvana,  Bliss, Enlightenment, Clarity, and The Rapture of The Holy Spirit. Whatever tradition or name you choose, we all begin our journey to the ultimate human experience by humbly asking in a prayer.

Apparently the allure of bliss, however, has  not been sufficient to inspire most of us to really ask our most heartfelt questions. The monumental problems that we face today didn’t begin with us, but how we deal with them will determine what the future will be.

These problems began with the illusions and barriers that make us seem separate from one another. Believing, feeling, and acting separately causes the suffering that plagues us. These also prevent us from doing anything about them. Fortunately, Jesus gave us some amazing tools with which to change the disposition of our hearts. He warned of this day. It was the first thing he taught. He said to repent, which means “to change”; and now, 2,000 years later, the message is the same.

Jesus also expressed the solution to all our problems in just two words, Our Father, and the words that follow those clearly describe how we may realize the promise those two words imply. That promise is what my book, Live the Promise, is about. My prayer is that we begin to live as one family. Thus all children will have the exquisite pleasure of looking into the eyes of their children, grandchildren and great-grandchildren as I have.

Two versions of The Lord’s Prayer

Chances are, you are familiar with the Lord’s Prayer. If so, the prayer you say may be different from the one I will be sharing with you here. That’s not because I have translated it differently; it is because Jesus taught the Lord’s Prayer twice in the Bible. First, the more popular version is in Matthew 6:9-13. Then, in Luke 11:2- 4, a shorter version of the prayer is expressed. The fact that these two are nearly identical, and were taught two years apart, tells us that Jesus was not just offering an example of how to pray. He was teaching a  specific prayer. As this is the only prayer Jesus taught, therefore we must assume that it is very important.

Most experts agree that the second version of the prayer is the most original or authentic of the two; and this is the version we use, but not for that reason. We use it because of the geometric perfection so beautifully embedded in it. This version of the prayer has seven segments. And each perfectly aligns with one of the seven chakras, or energy centers, in our bodies. The agreements between these seven sections of the Lord’s Prayer, the seven chakras, and the seven original branches of Yoga beautifully reveal how the pure intent of Jesus’ prayer is to awaken us to our true divinity.

I see  it uniting the opposites within us. As its first two words, Our Father, imply, the prayer is dedicated to unity. Here is its promise: Let your eye (consciousness) be single, and your whole body shall be filled with light. The prayer’s words are understood by our thinking minds. But its rhythmic movements and sacred embedded designs are felt within our hearts. Jesus’ prayer literally unites the two opposing hemispheres of the brain into a single eye, or consciousness. Thus, the Lord’s Prayer illuminates the spiritual truth of unity within the physical illusion of separation perceived by our senses.

God and man, East and West, male and female are the integral parts of the sacred whole. All united within us as we pray. This is  what I believe Jesus intended, and I wrote “Live the Promise” to share this magical way of experiencing the Lord’s Prayer as a clear instruction on how to Live the Promise of each of our unique lives. Ultimately we see this prayer as a pure instruction on how to See Yourself Loving enabling our lives to be truly fulfilling in every way.

The Pain in our lives is about one thing; missed opportunities to 'See Ourselves Loving'.

We encourage you to use every challenge as an opportunity to 'See Yourself Loving".